Notes from My Campaign - Session 2

Thursday night we met again, to continue the intro adventure.

When we left them last, there were 5 dead military police soldiers in the house.  One of our "gentlemen", a Turkish soldier with a very klingon code of conduct, ensured that they were dead.  Then disposed of their bodies (he slit open their stomachs, poured rocks in, then bound them up and tossed them over a cliff into the ocean) and destroyed their armoured car (poured liquor around in the cab, smashed a couple bottles, lit it on fire, and then rolled it off the cliff where the bodies were tossed).

Meanwhile, the other half of the party traveled to a nearby University where they hired an archeology student to take them to a nearby dig site.

When the entire party arrived at the dig site, they found a platoon of Military Police soldiers on guard - and by a miracle of dice work talked their way past (with only a 5% chance of fast talking their way past, they rolled 01), and lowered themselves down into a tunnel complex - the "Hyperborean" outpost.

They found the tunnel complex covered in the same carvings that are on the stone that started the mystery.  And down one tunnel, a 2 meter stone globe, floating above the floor, covered in a Pangaean map - implying that the globe is 200-300 million years old.  They correctly deduced that the carvings on the wall in this room were a starchart - but without any astronomy or astrology skills, they were unable to decipher any of it.

In another room on the other side of the complex, they found a similar room, with a similar globe - but with impossibly tall mountains, and impossibly deep canyons.  Some kind of alien world.

And then they found a sand-packed tunnel leading into the ocean.  Wandering around in the darkness more, a room that shocked and horrified them - a couple bodies of students, torn asunder and cast to rot.

They went back to the sand-packed tunnel, this time looking for footprints, which they found.  Large, clawed footprints - footprints of the Deep Ones that were using the abandoned Elder Thing outpost that has been mistaken for a Hyperborean outpost.

And with that, a feeling of revulsion, horror and "lets get out of here" overcame the group and they exited, sneaking past the MP's and back to their car.  Where we paused the game waiting for next session.
Posted by Unknown at 6:00 AM 1 comment:

Email ThisBlogThis!Share to TwitterShare to FacebookShare to Pinterest
Labels: My Campaign

While this is really "January 1943. "Freight operations on the Chicago & North Western R.R. between Chicago and Clinton, Iowa. The journey ended, conductor John M. Wolfsmith walks to the little passenger station to wait for a suburban train to take him home to Chicago." ", for my purposes, it can be just about any small train station, almost anywhere. 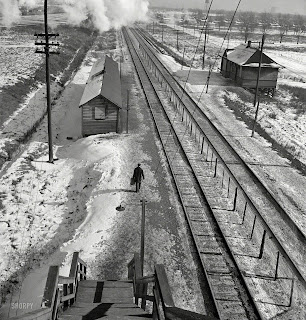 Email ThisBlogThis!Share to TwitterShare to FacebookShare to Pinterest
Labels: Train

Armoured cars and a light tank 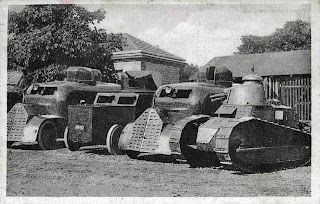 While the above photo is from Czechoslovakia, the french made FT-17 tank shown was exported widely and adopted by many countrys across the world after the first world war.  And the Armoured Cars could easily be in the service of the Italian, Croatian, Bulgarian, Greek or Turkish military or police.

Just in case your players start thinking about causing some trouble.... 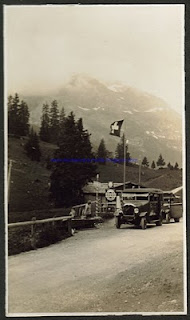 Just a little view of a Swiss Border crossing for automobiles.

While the Campaign "Horror on the Orient Express" is primarily a train-based campaign, I plan on giving my players a little latitude with regards to getting from town-to-town, especially if they 'cause a scene' in a city and have to escape overland to the next train station.
Posted by Unknown at 6:00 AM 1 comment:

Email ThisBlogThis!Share to TwitterShare to FacebookShare to Pinterest
Labels: Switzerland

a view inside a train yard 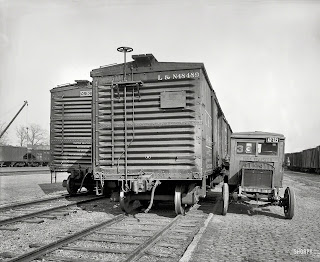 Email ThisBlogThis!Share to TwitterShare to FacebookShare to Pinterest
Labels: Train

I dont know for sure that these guys are bandits - but for the purposes of my campaign, I'm planning on using this photo as bandits, or cultists. 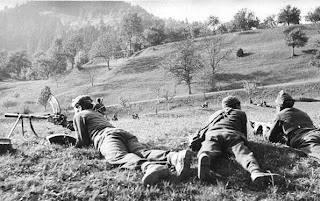 The Madsen was a popular light machine gun from before the first world war, and served in various capacities around the world.  They've been seen still in use in modern times in Brazil, however they fell out of use for the most part, after the second world war.  Im using a format adopted from Investigator Weapons, vol. 1 PDF available from Chaosium. 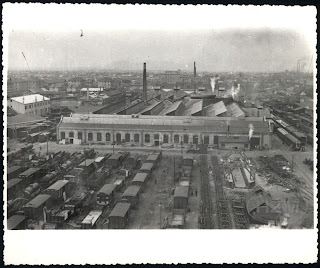